Student file of Henry Perrault, a member of the Chippewa nation, who entered the school on September 1, 1913 and departed on December 8, 1915. The file contains student information cards, an outing record, a federal financial aid form, and correspondence. The file indicates that Perrault was living in Red Lake, Minnesota in 1915 and was living in Beaulieu, Minnesota in 1916. 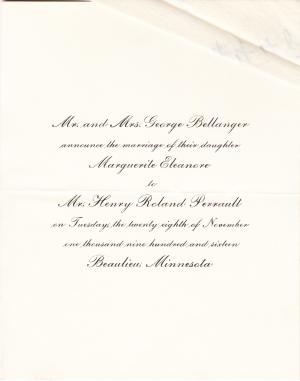