Student file of Harriet Mary Elder, a member of the Nez Perce Nation, who entered the school on February 20, 1880 and departed on August 27, 1886. The file contains a student information card, a returned student survey in which she writes about her role as president of the Nez Perce women's missionary society, a former student response postcard, and a report after leaving. The file indicates Elder was married to James Stuart and living in Kooskia, Idaho, in 1913. The file also contains news clippings from April 1915 in which she writes about her garden and Nez Perce homes.

Note: In this file the student is referred to both as Harriet Elder and under her married name Harriet Stuart. 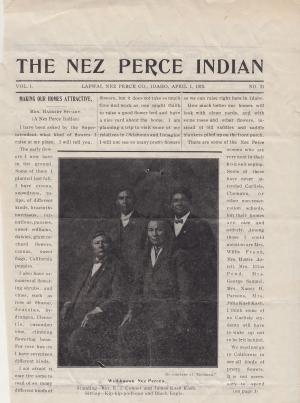