Student file of George Wolfe, a member of the Eastern Band of Cherokee, who entered the school on September 21, 1894, and departed on January 22, 1900. The file contains a student information card, a news clipping, a returned student survey, and a report after leaving indicating he was in Montana in 1911.

Note: The student is also referred to as George Wolf in the file. 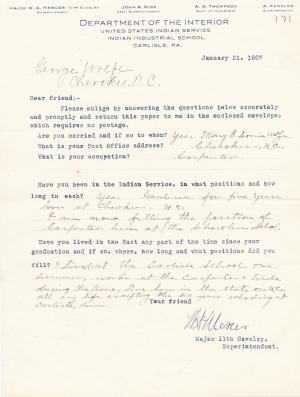