Progress card of George Locklear, a member of the Lumbee Nation, who entered the school on March 25, 1910. 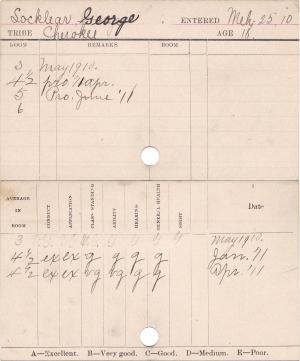