Progress card of George King, a member of the Seneca Nation, who entered the school on March 31, 1909.

Note: Although this card shows an arrival date of April 2, the admissions ledger and his file suggest that he actually arrived on March 31. 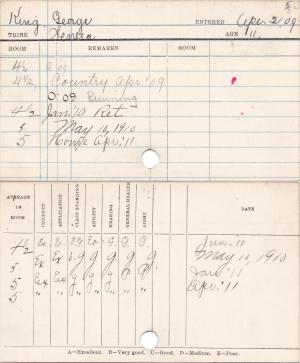