Student file of George Conner, a member of the Osage Nation, who entered the school on November 1, 1890 and departed on July 19, 1899.  The file contains correspondence, a photograph, a returned student survey, a former student response postcard, and a report after leaving indicating that Conners was working as a farmer and stockraiser in Grainola, Oklahoma in 1913.

This card shows the name incorrectly as "Conners," but the proper form of the name is "Conner." His grandson has indicated that George Conner's biological father was Wah-kon-tah shinka and mother was Le-a-tsa, both of whom were killed when he was five years old. William Conner and Adeline Newman-Conner were George's foster parents, though an Osage relative named Margaret "Maggie" Lawrence also raised him. 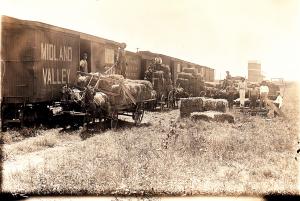