Student file of Francisco Saracino (To-y-au-ni), a member of the Pueblo Nation, who entered the school on October 23, 1904, and departed on August 31, 1909. The file contains a student information card, medical/physical records, correspondence about the possibility of returning to the school, an outing record, a progress/conduct card, and a report after leaving that indicates Saracino was living in Gallup, New Mexico.

Note: In this file the student is identified as Francisco Saracino, Francis Saracino, and Frank Saracino. 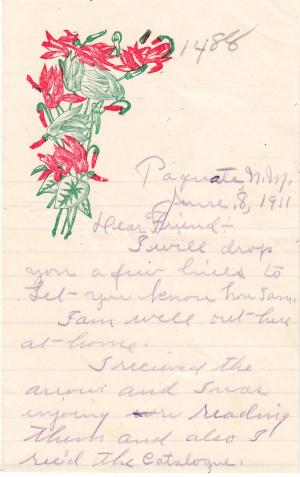