Student file of Francis Guardipee, a member of the Piegan Nation, who entered the school on January 1, 1905 and ultimately departed on January 30, 1908. The student did not attend the school continuously, but left and reentered. The file contains returned student surveys, applications for enrollment, a photograph, former student response postcards, student information cards, a trade/position record card, a program for an event called "Cosmovilla" for which Guardipee served on the decorating committee and as a performer, and a report after leaving. 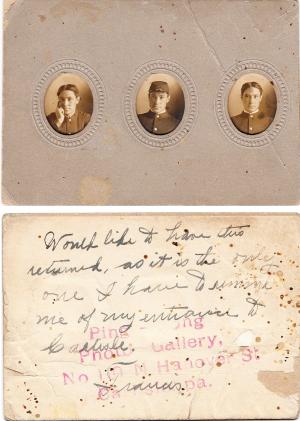