Student file of Daniel Morrison, a member of the Chippewa Nation, who entered the school on October 4, 1891, and departed on July 3, 1897. The file contains a student information card, letters/correspondence, a newspaper clipping, former student response postcards, a trade/position record card, a returned student survey, and a report after leaving indicating that Morrison was working as an agency farmer in Keshena, Wisconsin from 1913 to 1915. 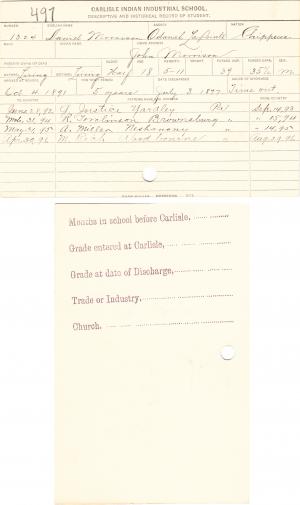