Student file of Amos Elk Nation, a member of the Sioux Nation, who entered the school on December 15, 1902 and departed on April 10, 1905. The file contains a student information card, a returned student survey, former student response postcards, a trade/position record card, correspondence, a news clipping and a report after leaving indicating he was a cattle rancher in Bullhead, South Dakota in 1915.

Note: The student also used the name Amos J. Elknation and changed his name later in life to Ambrose Elknation. 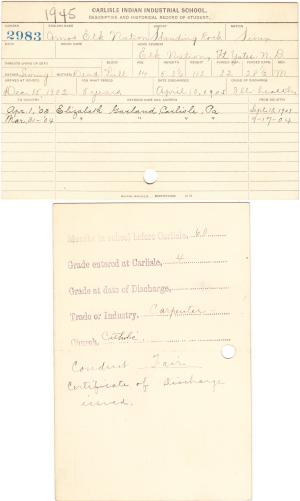