Student file of Garfield Lowrie, a member of the Lumbee Nation, who entered the school on February 10, 1911 and departed on June 8, 1911. The file contains an application for enrollment and a student information card. 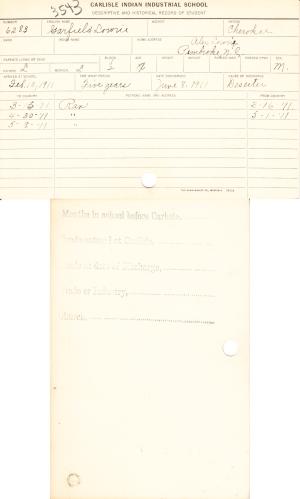