Student file of Priscilla Corbett, a member of the Nez Perce Nation, who entered the school on December 16, 1891 and departed on July 23, 1892. The file contains a student information card and a report after leaving indicating Corbett was married and living in Kooskia, Idaho in 1910. 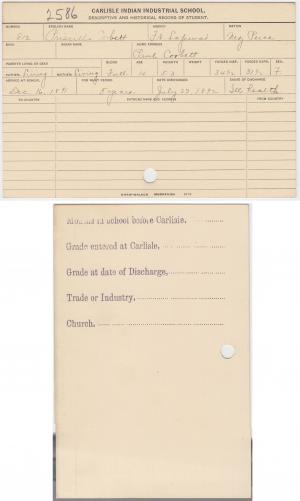