On Wednesday, March 12, the Carlisle Indian Industrial School digital project was a featured story on the local news. Reporter Alex Hoff, with Harrisburg TV station ABC27, interviewed several of the people involved in the project, including undergraduate interns Frank Vitale and Xueyin Zha, Professor Susan Rose, local historian Barbara Landis, and Native American storyteller Dovie Thomason. We’re thrilled to have caught the attention of one of our area news outlets, and we want to thank Alex Hoff for helping to share the story of this project with our local audience. 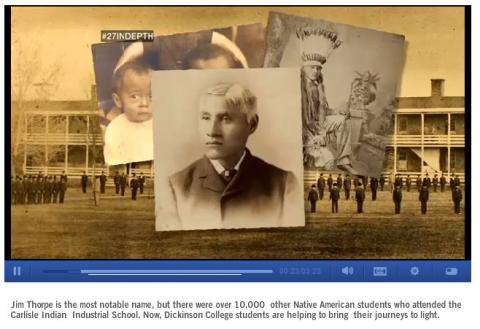