Image of a slate such as those used by students. This slate contains examples of written vocabulary words, written text, a copy of a brief note from student R. B. Hayes to his father dated June 25, 1880, a drawing of a man on a horse apparently signed John Williams, and an example of a math problem.  Along the side is written "Choate Photographer."

It is not clear if this slate shows work by one student or is a composite, since R. B Hayes (Cheyenne nation) and John Williams (Arapaho nation) are both named on it. 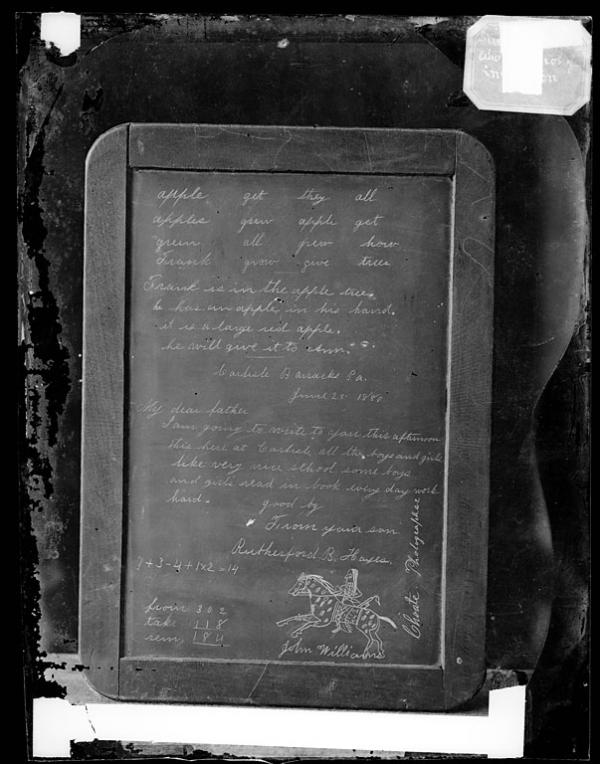