The Carlisle Indian School exhibit titled Into Civilization and Citizenship at the World's Fair in 1893 held in Chicago, Illinois. The exhibit includes images of students, mannequins representing students, and other artifacts.

The exhibit of Carlisle School at the World's Fair compared avorably with the exhibits from other industrial schools of the country, and won for Carlisle diplomas from the Department of Liberal Arts and the Department of Agriculture. The School has also been awarded medals for exhibits made in Paris and Madrid, and other diplomas on less important occasions.

The Cumberland County Historical Society also has a copy of this image (PA-CH3-019a).

It is possible this image was taken by student photographer John Leslie. 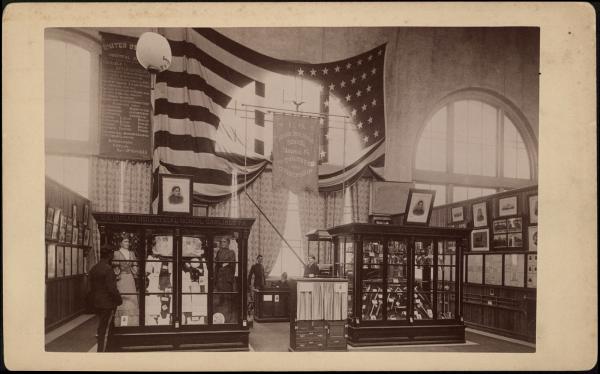