Female students posed slicing bread as they prepare tables for service in the dining hall. 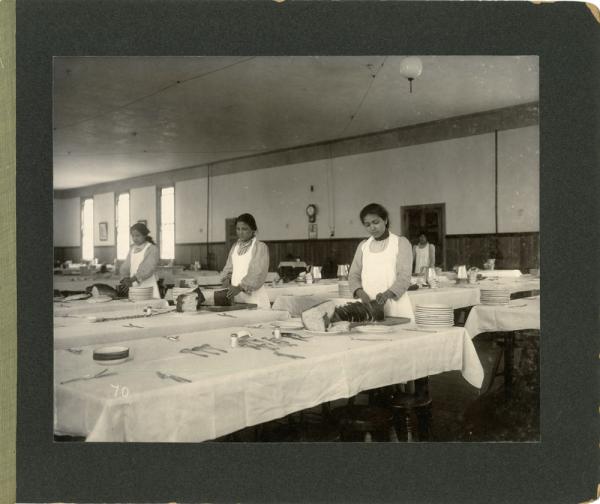