The printed caption reads: ETADLEUH DOANMOE, KIOWA. Taken prisoner in 1875 and sent to Ft. Marion, Fla.; was released in /1878; spent one year at Hampton Institute, Va.; entered Carlisle 1879. In 1882 married Tone-adle-mah, an educated girl of his own tribe, and reentered to the Indian Territory. Served as Helper in the School an Interpreter. In 1888 was appointed by the Presbyterian Board as a missionary among the Kiowas, but died soon after, having lived an exemplary life and exerted a good influence ence among his associates. 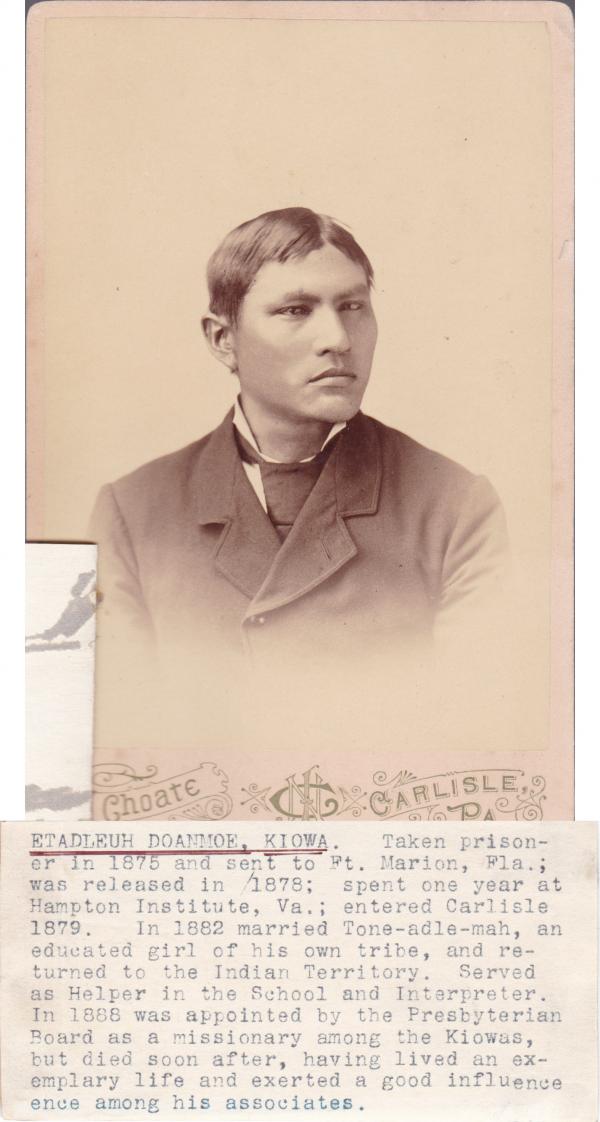