Richard Henry Pratt informs Commissioner of Indian Affairs E. A. Hayt that the five crusts of vaccine virus previously sent are insufficient with many not taking and requests five additional crusts. 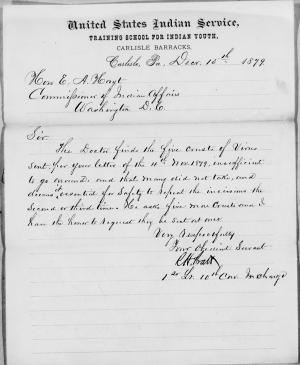