Richard Henry Pratt argues to the Secretary of the Interior Carl Schurz that his approval for the school to recruit 15 Navajo students is insufficient, and he would like to recruit 50. Pratt writes that the Presbyterian Church has had 10 years to educate the Navajo nation and has failed to make significant progress, but if the Carlisle Indian School recruits a large number of Navajo students, it will put pressure on the Presbyterians to work harder. 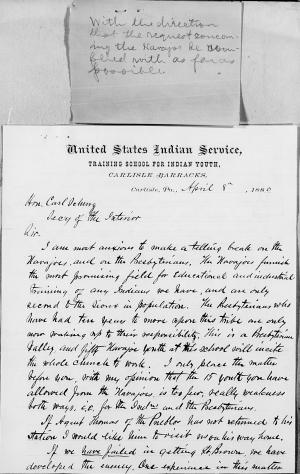