Richard Henry Pratt requests to present samples of the Carlisle Indian School's manufactured goods at the letting of contracts in New York. 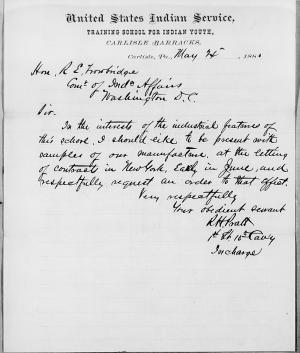