Request for Ponca Delegation to Visit

Richard Henry Pratt requests that the Ponca delegation stops at the Carlisle Indian School to see their students on their way to Washington, D.C. Pratt states that White Eagle's son is at the school, and if White Eagle would like to bring him along to D.C., he should be allowed. 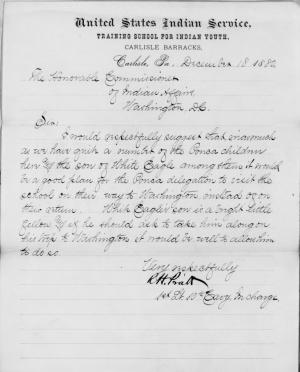