Request for Lorenzo Martinez to Return Home During Vacation

Mauricio Martin requests the return of his son Lorenzo Martinez (here referred to as Lorenzo Martin) for the vacation due to his mother's ill health. Martin states that she does not believe the letters and photographs Lorenzo sends home. 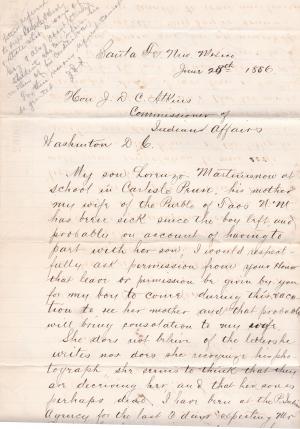