Plan to Distribute Student-Manufactured Goods at the Annual Indian Fair

Richard Henry Pratt informs the Commissioner of Indian Affairs that he's sending samples of goods manufactured by Carlisle Indian School students, including tin ware, double harness, and repaired shoes, to the annual Indian Fair. Pratt believes it will help show Indians what students are doing at the school, and he requests that the goods be distributed amongst the nations who are represented at the school. 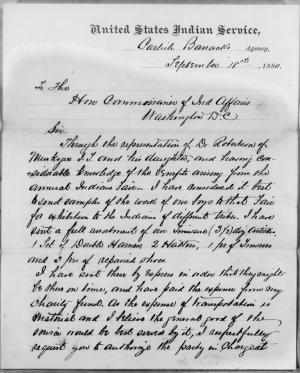