Follow Up on Gertrude Simmons' Request for Additional Training

Richard Henry Pratt follows up on the request of Gertrude Simmons to take additional training to further her career. Pratt additionally requests advance notice of the party of Cheyenne and Arapahoe's arrival in Harrisburg, Pennsylvania. 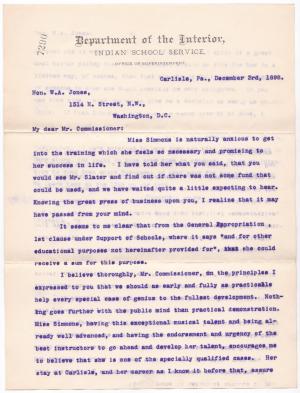