E. H. Colegrove requests a transfer to the position of disciplinarian at the Albuquerque School or another similar position after previously declining the position. William A. Mercer forwards the request along with his recommendation. Mercer requests that the transfer be delayed until the beginning of the new fiscal year as well as noting that he will nominate a successor later. 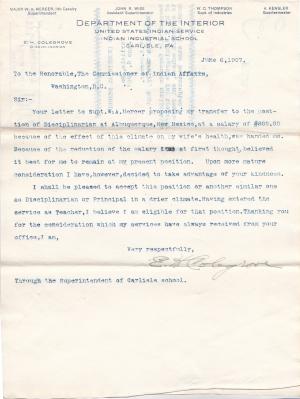