Richard Henry Pratt asks Commissioner of Indian Affairs E. A. Hayt requests that funds be transferred to his account in New York to pay for the chapel, which is almost finished. 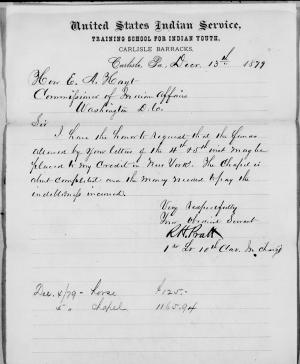