Complaints Regarding Education at the Peoria Nation

Richard Henry Pratt forwards a letter from former student William B. Peery regarding the state of the Peoria Agency. Peery states that the Indian Department is withholding money meant to educate students as well as preventing students from being sent out to school. In addition the Agent is preventing an agreement that if a member of the Nation was to become capable of fulfilling the teaching position at the Agency from being fulfilled. 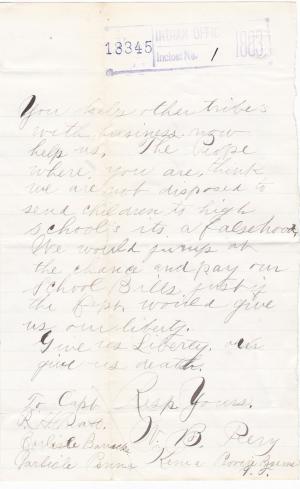