Board of Survey for Two Mules

Richard Henry Pratt forwards a board of survey conducted on two mules. The board finds that the two mules should be sold. 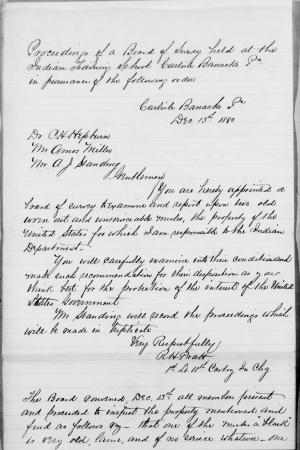