Authority to Purchase One Spring Wagon and One Horse

Secretary of the Interior Carl Schurz grants Richard Henry Pratt authority to purchase one spring wagon and one horse. 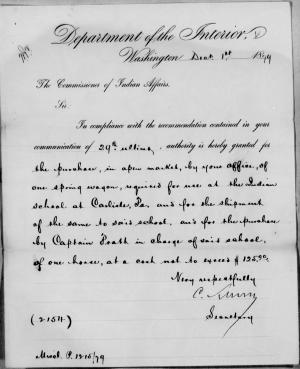