Richard H. Pratt recommends that former student James R. Wheelock be appointed as a disciplinarian or printer and bandmaster in the Indian Service.  Pratt forwards Wheelock's application along with a reference from Marianna Burgess and endorses him in his cover letter. 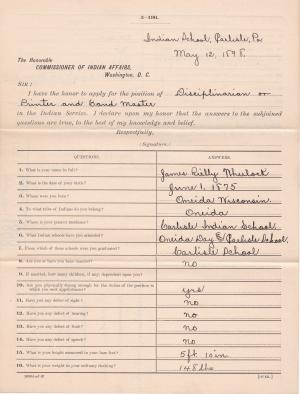