Student file of Louis Bighorse, a member of the Osage Nation, who entered the school on February 26, 1881, and departed on June 17, 1884.  The file contains a student information card and a report after leaving indicating that Bighorse was a farmer in Pawhuska, Oklahoma in 1910.

Note: This student is referred to as Louis Bighorse and Louis Big Horse. 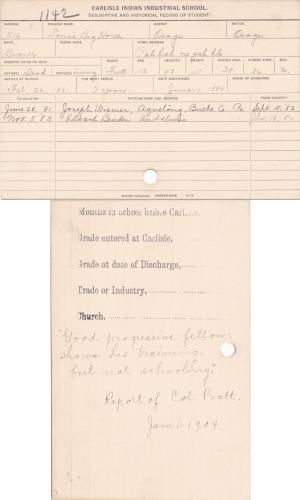