Student file of Henry Bonga (Data), a member of the Chippewa Nation, who entered the school on February 11, 1884, and departed on June 4, 1887.  The file contains a student information card, a returned student survey, a former student response postcard, and a report after leaving indicating that Bonga was last working as a trader in Onigum, Minnesota, in 1913. 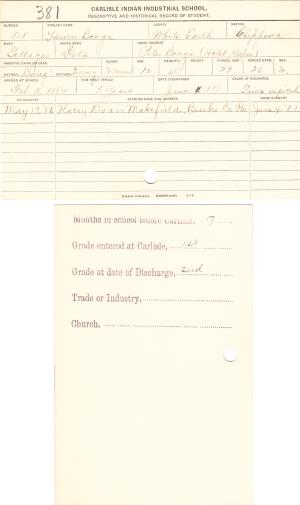