Student file of Harry West, a member of the Washoe Nation, who entered the school on November 5, 1909 and departed on November 10, 1911. The file contains a student information card, letters/correspondence, financial transactions, a progress/conduct card, an application for enrollment, a trade/position record card, a returned student survey, former student response postcards, and a returned student survey indicating that West was living in Hershey, Pennsylvania in 1911 and working as a draftsman in Schenectady, New York in 1912 and 1913. 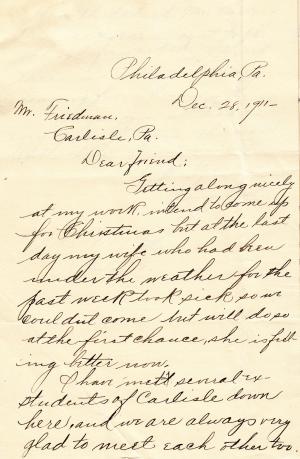