Student file of David Lovejoy, a member of the Omaha Nation, who entered the school on October 13, 1898, and departed on March 20, 1901. The file contains a student information card, a report after leaving, a photograph of Lovejoy’s farm, and a returned student survey indicating that Lovejoy was a farmer in Walthill, Nebraska in 1910.

Note: In this file the student is identified as Davis Lovejoy and David Lovejoy. 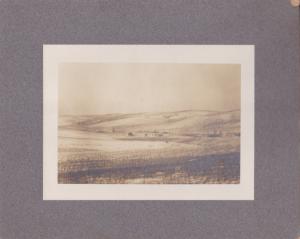