Student file of Agnes Chubb, a member of the St. Regis Nation, who entered the school on June 29, 1905 and departed on November 10, 1905. The file contains a student information card, an application for enrollment, and a report after leaving that indicates Chubb was a housewife in Hogansburg, New York in 1911.

Note: Although Chubb married a Peter White, and there was a student named Peter White, she does not seem to have married the former student. 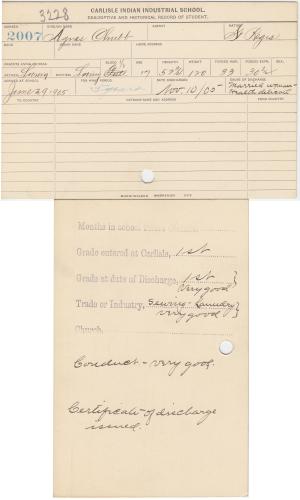