Male students seated as audience facing a male student addressing the group from a podium. A white female teacher and four male students are seated behind the speaker.

Johnston took two very similar photographs of this classroom. The other version can be seen in Related Images. 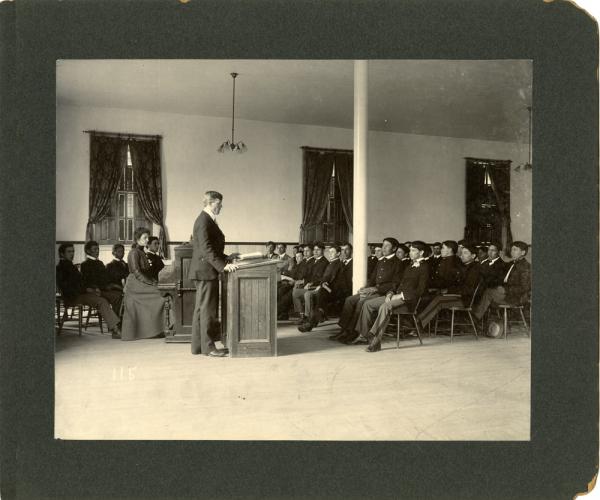