This image appears with the the caption DRESSMAKING SECTION in The Indian Industrial School, Carlisle, Pa.: 23rd Year (Carlisle, PA: The School, 1902) [p. 49]. 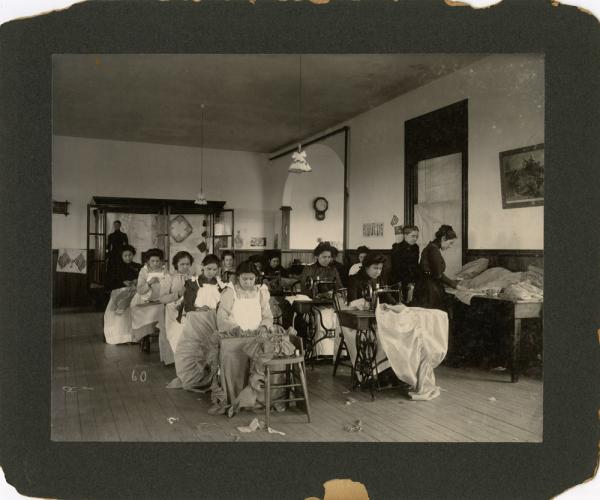