Male and female students posed in classroom with a white female teacher. Two male students are standing at the rear, drawing geometry diagrams on the blackboard. 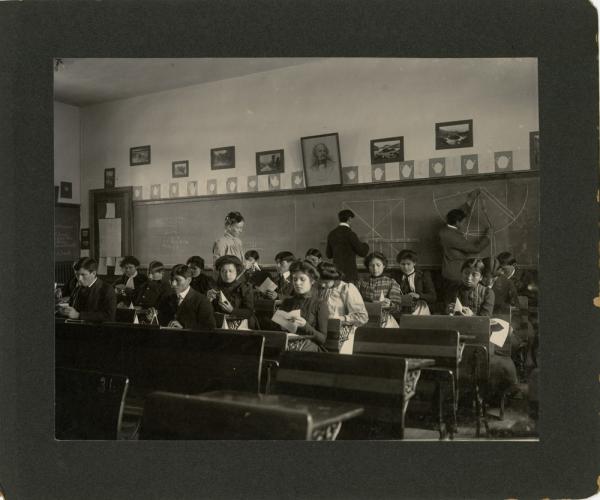