Male and female students posed with white female teacher in the school's art studio. Students are standing or sitting in front of easels.

Johnston took another very similar photograph of students in the art studio. It is linked in Related Images. 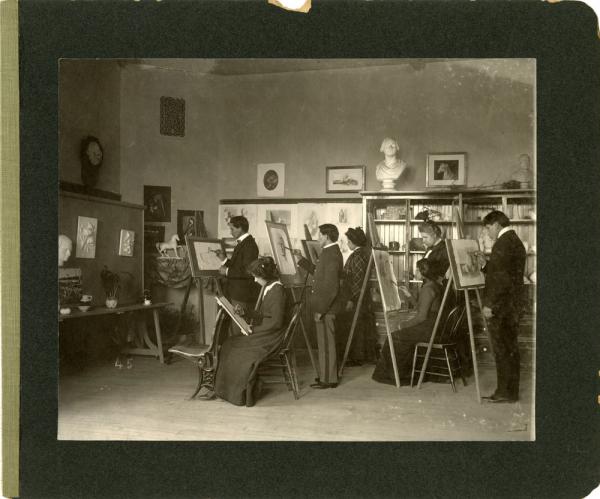