Richard Henry Pratt writes to Commissioner of Indian Affairs E. A. Hayt regarding a request for $4,000 from November 4th. Pratt states that Hayt only sent him $1,031. Pratt then asks for the rest of the requested funds, particularly the $2,100 needed for rations. 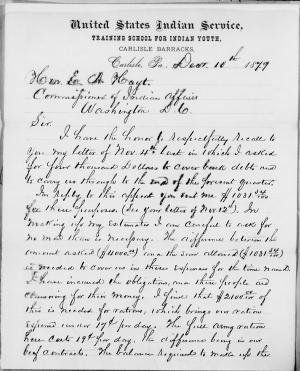