Richard Henry Pratt writes to the Commissioner of Indian Affairs regarding the ownership of the property upon which the Carlisle Indian School is located. Pratt notes that the Department of the Interior has made significant improvements to the property and should have the title as approved under a bill signed by the President in 1882. 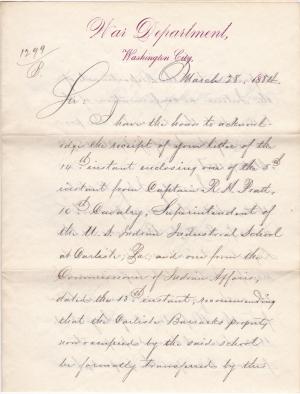