Pratt's Belief that his Pay is Inadequate

Richard Henry Pratt writes to Commissioner of Indian Affairs E. A. Hayt regarding his pay. Pratt references a conversation he had with Mr. Brooks regarding his personal expenses, and Pratt argues that his pay is inadequate for the needs of his position. 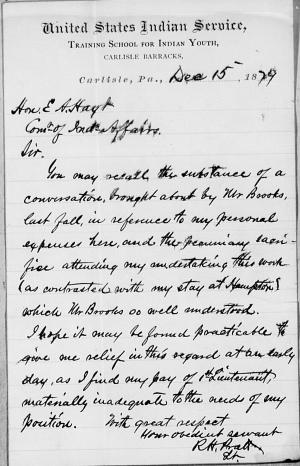