Secretary of the Interior Carl Schurz approves plans and an estimate for constructing a building that will function as a chapel and assembly room at the Carlisle Indian School. Schurz grants authority to spend $1,165.94 on the project. 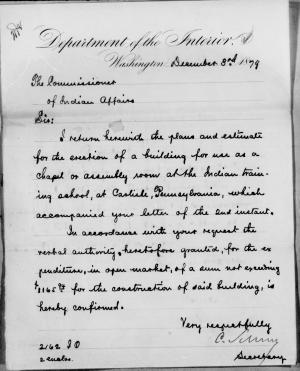