Notification that Pratt is Going to New York 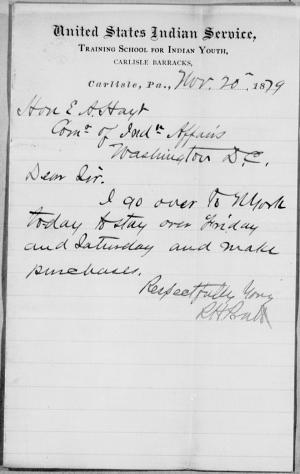