Richard Henry Pratt informs Acting Commissioner of Indian Affairs E. J. Brooks that the cost of manufacturing uniform suits ranges from $5.50 to $8.00, with the addition of corporal and sergeant striping increasing the cost to over $8.00. 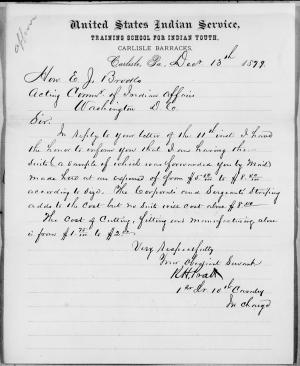