Application for Employment from Frank Shively

Richard H. Pratt recommends that former student Frank Shively be appointed as a clerk or stenographer in the Indian Service.  Pratt forwards Shively's application along with references from I. F. Mountz, and L. B. Given. Pratt also includes copies of Shively's Carlisle Indian School and Carlisle Commercial College degrees. 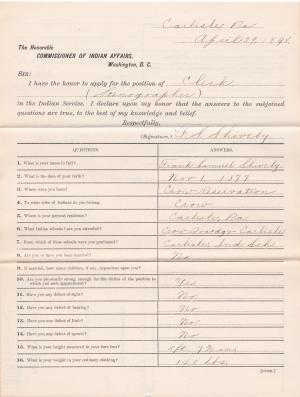