Student file of Willie H. Paisano, a member of the Queres Nation, who entered the school on August 24, 1884, and departed on June 28, 1886. The file contains a student information card, correspondence, a trade/position record card, a returned student survey, a report after leaving, a news clipping, and former student response postcards that indicate Paisano was working as a postmaster and a dealer in general merchandise in Casa Blanca, New Mexico in 1912. 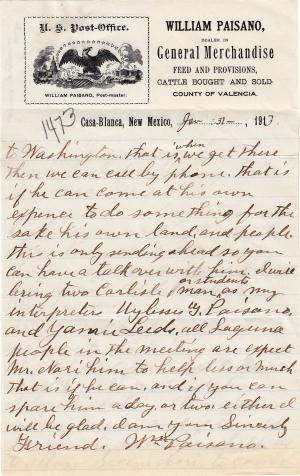