Studio portrait of two male students, one in school uniform.

Note: It seems likely, based on other images and the handwritten caption, that the student on the left is Henry North. The student on the right is currently unidentified, although it is possible that he is Beau Neal (Beau Niel). However, Neal died at the school in 1880, when North would have been only 12 years old. He seems to be older than that in this image, however it is possible that he is younger and that the older student is Beau Neal/Beau Niel. 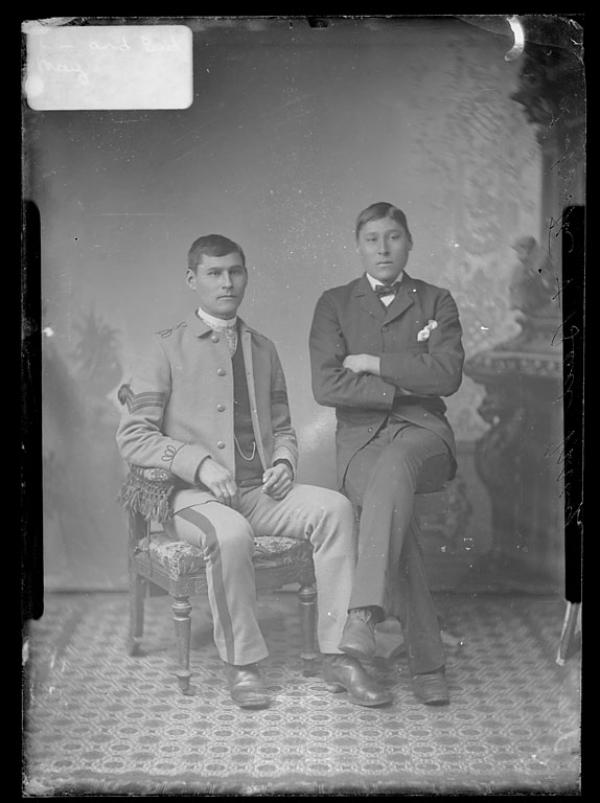