The printed note reads: Mr. Carter is a Cherokee Indian who has steadily worked his way to the top. He has been employed as farmer, business man, superintendent of schools, mining trustee of Indian Territory and as member of the Chickasaw Council. He is serving his second term in Congree, is honored by his colleagues and is an inpiration to the younger people of his race. 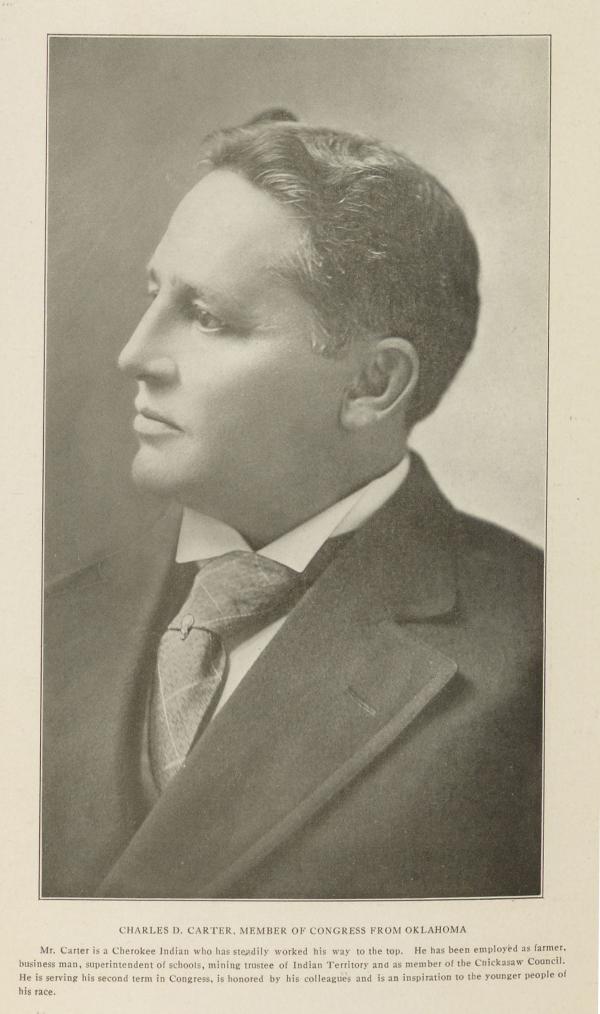